The History of Craft Beer

Unlike all mainstream hard drinks, beer has always stood out from the crowd. It is one such beverage that defines your relaxation time and rejuvenates your entire mood.

However, lately, there has been a growing popularity of drinking variations of craft beers amongst beer drinkers.

That said, beer has always been about individuality, heritage and generational passings, which means it is important to know the history of craft beer that has its origin roping back to more than fifty years to become as popular as it is today.

Moreover, craft beer has been covering almost one-third of the world’s beer consumption and that is another reason why it is important for you to understand its origin.

Craft beer came into existence by a revolution that was brought by a cult named Camra along with another influential addition – ‘The BeerHunter’ who brought about massive changes in the industry.

Soon, the knowledge about craft beer spread like wildfire and started taking over small towns; eventually being taken over by huge companies.

Having said that, there’s more to craft beers than what meets the eye and to have a better understanding of its history and origin, let’s look at these advances in detail. 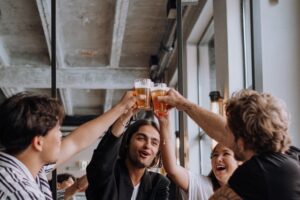 Rewind to fifty years ago – during that time, a group of enthusiasts in search of ‘Real Ale’ came together to form a campaign (a cult to be precise) named Camra in 1971.

They were extremely successful in their mission mainly because they had a sole purpose – to find fizzier mass-produced beer.

By doing this, they set a milestone, a revolution in the taste aspect in the mind of the avid beer drinkers. A fizzier and fresher produced drink made all the difference and gave people the motivation they needed to move out and about to try new types of beverages (specially beer) around the world!

However, it was not just the Camra campaign that introduced this new beverage; the BeerHunter also helped the group to make it as popular as it is today. To find out how, keep reading… 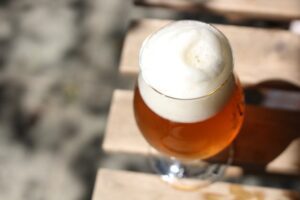 Along with the revolution being introduced by the Camra Cult, ‘the BeerHunter’ AKA Michael James Jackson also had a huge impact on the industry of drinks (namely beer and whiskey) through his writings.

Both these works, equally, played an important role to shape the taste regarding respective drinks in the 20th century.

However, gradually the changes in beer making started to take over in student towns where there was an apparent link between developing profound tastes with higher education.

The tastes were experimental and in sync with the moods – for instance, strong for hoppy and dark for dangerous; this is what led to many people learning the art of curating craft beer…

An Increase In Knowledge 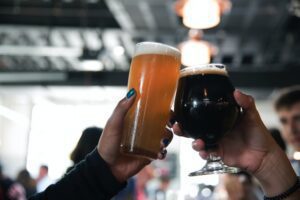 Building on the previous para, the art of crafting your own beer quickly spread like wildfire because people who learnt the process got way too ambitious.

They started loving this art so much that they didn’t spare any time to establish a warehouse; in fact, they started brewing their beers on the railway arches. This approach of beer curation was individualistic, independent, experimental and mostly local.

The nature of it being small seemed to be no problem, rather it became more popular to run it on a smaller scale.

Moreover, this business became cosy over time, in a way that they shared their ingredients to brew better tasting beers rather than being competitive with one another.

For craftspersons, artisans and creative producers (that’s what they called themselves), they liked what they were doing with their hands and their brains, as it differed from the conventional businesses that were set up only to make money.

This means that craft beer became a source of letting creativity flourish while making enough money for artisans to feel happy and satisfied towards the end of the day. 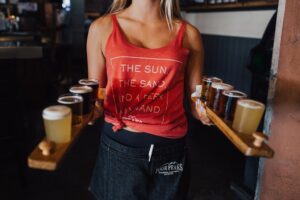 How much ever you try to keep the business traditional and true to its roots, money overtakes its basic nature. The living example of it is the huge brewing companies that have started establishing their brand while promising to keep the true taste intact.

Additionally, small businesses have taken the role of large corporate behaviours to deliver the promise and to deliver profound tastes of beer on a larger scale.

However, the true essence lies in the taste that can be achieved only by keeping the artisans at the centre of the business. This is because, at the end of the day, it is only the taste that matters.

Sure, the taste of this beer will get damaged by going big in business, but how much, only time will tell.

With all the interesting crafted beer you will be serving, make sure you get customised beer mats for yourself!

Since promotions and branding is a core element of any business, small or large, make sure to brand yourself right on the table where your customers are enjoying specially curated craft beer for them!

Get in touch with our experts at Mosaic to place your orders today!