Think about the last time you were at your local grog shop and messed about, throwing the beer mats. It probably didn’t glide as well as you hoped it would.

Now, of course, it had nothing to do with your throw. You probably have a marvellous frisbee throw. The problem was with the bar mat itself, and today we’ll explain what that was.

A group of German physicists have finally decided to explore the answer to the age-old question, “Why Do Beer Mats Make Bad Frisbees?”

It’s not really an age-old question, to be honest. However, for those who are curious, we have a detailed scientific analysis as to why this doesn’t happen.

Now let us dive into the world of beer mats, aerodynamics and the reason why beer mats make terrible frisbees. 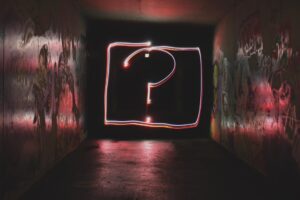 Let’s begin with the great question and how the entire conversation started.

Conducted by three mates, Johann Ostmeyer, Christoph Schürmann and Carsten Urbach at the University of Bonn, the seed of the research was sown way back in 2017.

It began as the three researchers proceeded to debate the lack of frisbee-ness or aerodynamics in beer mats and other flat discs in a pub in Munich.

Later on, in order to further explore the concept, the team decided to host an informative (and fun) beer mat fight in a hotel room.

The fight involved throwing the beer mats at different velocities and angles to uncover the perfect way to throw a beer mat turned frisbee.

They observed that almost every time, the beer mat would glide for a bit and flip before it fell to the ground.

According to the words of a team member, Ostmeyer, the fight was great fun but led to almost no conclusive results.

That’s when they decided to take the ‘Why Beer Mats Make Terrible Frisbees” research to the lab; what they found next was fascinating. 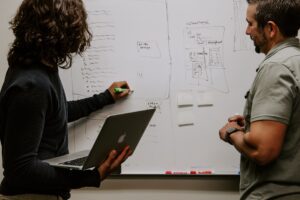 To be absolutely scientifically accurate with their research, the team built a shooting apparatus. Beer mats were placed between two treadmills running at the speed of 16 metres per second and were placed 38 inches above the ground.

They varied the launches and filmed each one with a high-speed camera. While most of them followed the same trajectory, the random deviations caused slightly different results.

After observing a whole lot of these launches on their high-speed camera, Ostmeyer, Schürmann and Urbach arrived at the conclusion of their study. 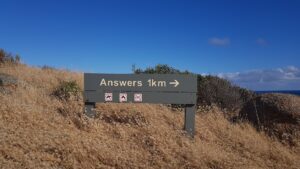 What they noticed was that almost all the beer mats would remain stable for an average of 0.45 seconds before they flipped into the air and fell to the ground.

This was because, as they observed, after a few milliseconds into the launch, gravity would tilt the back of the mat towards the ground, causing the front half of the mat to hit the wind, flip and, thus, lose momentum.

While the slight deviations did yield slightly different results, the ultimate conclusion of the study was that beer mats make terrible frisbees.

Nevertheless, if you do want to throw a beer mat, the experts have suggested using a slight vertical orientation to ensure that it goes the distance.

Or not, we mean it doesn’t really matter, they just won’t glide as well.

However, the one thing that beer mats can very efficiently be used as is, well, you know, beer mats or coasters.

Hence, we suggest you order them from our website now and enjoy the excellence of the UK’s highest-quality coasters at your home, pub or restaurant.

With years of experience working with the biggest brands in the world, we can provide you with exactly what you need in your beer mats.

Personalised designs, stock mats, bulk custom bar mats or anything else, we are always here to help!

To learn more about our products and services, visit our homepage or contact us now!